DIGIVATIONS STUDENT WORKS
What Student's Learn
This immersive program will help student define and expand their skills in sound design for film, VR, games and composing for acoustic and computer music. Students take private and group composition lessons with faculty and professional instrumentalists under the guidance of Co-Founder international composer, Anne Deane Berman, PhD. Our curriculum includes:
Prerequisites:  Beginning to advanced performance and interest in composition.  Contact Dr. Berman with your interest: anne@digivations.org. 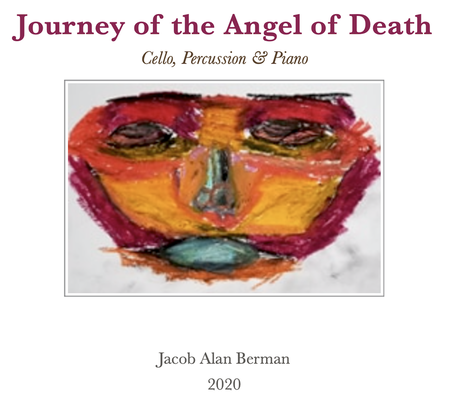 In 2019, when I was 16, I visited the US Holocaust Memorial Museum in Washington DC and the Museum of Jewish Heritage in New York City. This piece is my attempt to process the unspeakable events that I witnessed. Music speaks in place of words.

“The Holocaust was the systematic, state-sponsored persecution and murder of six million Jews by the Nazi regime and its allies and collaborators. Holocaust is a word of Greek origin meaning "sacrifice by fire.” …In addition to 6 million Jewish, there were more than 11 million people who were murdered: Roma, people with disabilities, some of the Slavic peoples (Poles, Russians, and others), Soviet prisoners of war, and Black people. Other groups were persecuted on political, ideological, and behavioral grounds, among them Communists, Socialists, Jehovah's Witnesses, and homosexuals."

This piece represents the horrific train transport to one of the concentration camps, the confinement, persecution and murder of Jewish prisoners by the Nazis prior to and during World War II.

At the start of the piece, the listener is invited to imagine a train filled with more than 1000 Jews as it enters the Auschwitz Concentration Camp. The piece is cut short with a striking representation of the individuals' death in the gas chamber.


​
IMAGINARY WORLDS WORLD BUILDING THROUGH MUSIC
SCI-FI AND OTHER FANTASY GENRES -- HOW WE CREATE THEM AND WHY WE SUSPEND OUR DISBELIEF
An Overview of the Curriculum Designed by Internationally Performed Composer, Co-Founder Anne Deane Berman, PhD


Music leaves so much unsaid.  When we listen to music, we create the images as our minds wander. We become the world builders.  This summer, DIGIVATIONS CAMP DEMIGOD INSTITUTE Co-Founder Anne Deane Berman, PhD along with Faculty will teach an all-camp series which encourages demigods to use the innovation, philosophical  and STEM concepts they learn in Co-Founder Dr. Steve’s Innovation Classes to create improvisatory soundscapes, original songs, instrumental compositions, and interactive sonic environments.

Students will explore ways in which music can bring meaning and magic to words and images, and as an underscore to our daily camp lives which include adventurous quests, magical star gazing and quiet moments in the hammock garden.  Dr. Anne’s method not only enhances students’ musical skills, but also develops a sense of creative individuality in extra-musical pursuits. Every student who comes to Camp Demigod will be exposed to the music curriculum as one of the fundamental classes along with Innovation Class.  Dr. Steve Berman's Innovation Class offers daily creative engagement challenges for composers, based on scientific and innovation themes.  Nearly all students will compose one short piece in the medium of their choice. These new works will be based on the campers’ innovative design thinking, creative writing, art works or theatrical character expressions and will be given performances by the faculty, fellow students, or through computer. Another goal of the music curriculum will be to open campers’ ears to the sounds of the natural world around them, thus exposing them to perhaps the most fertile and underused source for new music: the world in which we live. 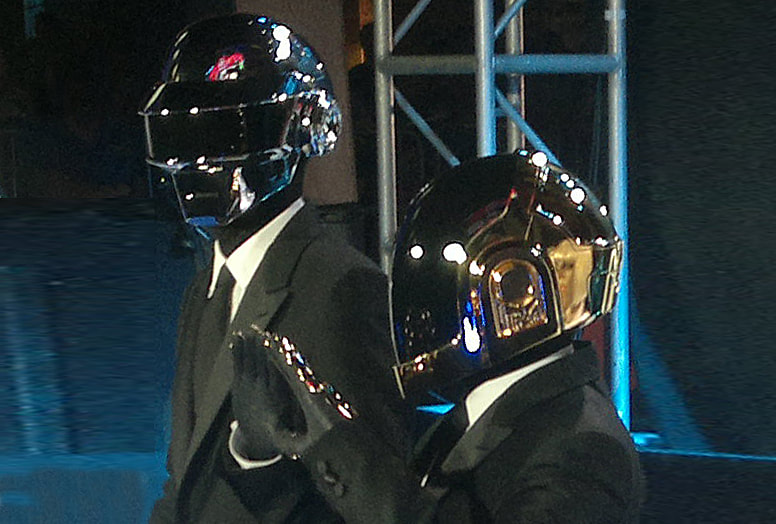 Daft Punk were a French electronic music duo formed in 1993 in Paris by
​Guy-Manuel de Homem-Christo and Thomas Bangalter.

Music can help us understand a different perspective on the world we’re building; it can color the way we imagine and see it; and it can shape the reading or dramatic experience. When science fiction and fantasy writers consider the task of world building, music gives meaning to aspects of a fictional setting: technology, magic systems, climate and topography, fantastical creatures, nations and monarchs, race, culture, dress, religion, economy, and so on.  We will touch on different composers who use music to enhance the characters and places of a world:  Ancient Greek music (Camp Half-Blood), classical (Wagner’s operas, Stravinsky’s dance music “Rite of Spring”),Ravel Piano Concerto in G, jazz (Miles Davis), musical theater (Ahrens & Flaherty- Cartoon world in Seussical, to the afro-carrbean feel of Once on this Island, to 1920's America in Ragtime.  Also, a popular favorite will be looking at the works of Lin Manuel Miranda),  the eclectic Stromae and French House Movement Daft Punk, Batman Soundtrack, experimental (Steve Reich and Laurie Anderson) and popular (the indie band Vertigo Drift and Legend of Zelda’s Kōji Kondō), who all create an expanded universe of sound through collaboration with visual artists, writers and filmmakers.  Campers will also learn how the background music in games can help to create player immersion (or not).

Students will bring their original characters and worlds to life through music, sound, art, movement, words, etc.  Linear sound design for dramatic effect and basic concepts of form in music will be discussed.  Depending on the skill level and interest of the Demigod, the result could be anything from a sound world that is graphically notated and performed by the campers, music that are described by the Demigod to the faculty who improvise using the camper’s vision of their world or character, to traditional notation that is either performed by the student or faculty/staff.  The final result may be a finished piece that can accompany a drawing of their character or their world that they create with the help of Art Faculty.  Their music may drive text or a story line with the help of our Creative Writing Faculty.  All the elements might come together in a multi-media performance.

All students receive a basic introduction to Musicianship, Instrumentation, Graphic and Standard Notation.  Depending on time, camper expertise and interest, more experienced students will delve into Experimental Acoustics and Basics of Digital Audio Signal Processing, Computer Musicianship, Writing for Voice, and Interactive Video Game Scoring using their own computer.E