Inspiring the Next Generation of Innovators
​Geneva, Upstate New York in 2022

DIGIVATIONS offers NASA Award Winning STEM+ARTS+HUMANITIES+KINESTHETIC education, professional development, innovation and literary overnight CAMP DEMIGOD, entrepreneurial/innovator, scientific, artistic, literary and creative writing forums and retreats, as well as community innovation programs.  DIGIVATIONS has been offered for the past ten years throughout the Pacific Northwest, British Columbia and California, culminating every summer through CAMP DEMIGOD at the 16 acre Demigod Lodge nestled in the Cascade National Forest, just seven miles from Leavenworth, WA, two hours east of Seattle and three and a half hours southeast of Vancouver, BC.  DIGIVATIONS CAMP DEMIGOD INSTITUTE is moving from Leavenworth, WA in 2022 and relocating to upstate NY, in part because our son and co-founder Jacob Berman is now at Cornell University, and key members of our community would prefer that we establish a presence that is more accessible in the Northeast. This summer, DIGIVATIONS will hold its programming in July at Hobart and William Smith Colleges in Geneva NY at Lake Seneca.  All this land was known first as the town of Kanadesaga, Seneca Nation, one of the six nations of the Haudenosaunee (Iroquois) people.   In this world renown Finger Lakes region, children and youth will enjoy its full facilities from dormitories and meal plans, swimming in Olympic indoor pool, and our traditional NASA award winning programming.

Demigods are important figures in Rick Riordan's Percy Jackson books, where many of the characters, including Percy Jackson himself, are demigods. In Riordan's work, a demigod is strictly defined as an individual born of one human and one divine parent.  Our son named the organization when he was 9, based on Riordan's Camp Half-Blood.

The name has also been referred to a gathering of adults who are exceptional in many ways with a common goal to collaborate.  For example, Thomas Jefferson referred to the founding fathers when he wrote, "I have no doubt that all their other measures will be good and wise. It is really an assembly of demigods.” —to John Adams

CAMP DEMIGOD attracts like-minded students, ages 10-20 from all over the world who learn, create and collaborate with world class faculty from leading universities and industry with expertise in the arts, design, engineering, humanities, music, science, technology, ​and theater, film and television.

Through these programs, Dr. Steven Lee Berman and Anne Deane Berman, PhD have taught over 5,000 students and more than 300 formal and informal educators.  Their 19 year old son, Jacob Berman, has also participated in significant ways including inspiring the World's First Overnight Camp Half-Blood, AKA CAMP DEMIGOD.  While inspired by the writings of Rick Riordan and his brilliance in presenting Greek Mythology; J.K. Rowling's spectacular wizarding world of Harry Potter; the fantastic exploits of The Doctor or other fandoms; or as Model United Nations delegation, Camp Demigod is focused on empowering youth, teens and adults to present themselves as respectful leaders with confidence and empathetic intellect along with a creative vision.  The programs and camps also incorporate a focus on the United Nations 17 Sustainable Development Goals.


Drs. Berman collaborated in launching DIGIVATIONS inspired by their years of university teaching, including at esteemed universities such as UCLA and UCSB, and arising from a perceived need based on Dr. Steve’s initial work in the entertainment, educational television broadcast and Silicon Valley technology industries. Throughout DIGIVATIONS’ history, Steve, Anne and Jacob have followed a trajectory of organically and dynamically transforming to encompass new ideas, passions and needs of youth.  Dr. Steve Berman states, “We empower youth and adults to confidently develop positive growth mindsets, and apply their multiple intelligences, respective innate reservoir of imaginations, talents, sense of discovery and new knowledge to catalyze impactful change in their communities, as well as regionally, nationally and globally. We  inspire these outcomes in part through my foundational Innovation course incorporating human centered and problem-based learning projects integrating interdisciplinary Design Thinking. Moreover, this complements our integrated arts and humanities process.” Along these lines, International composer Anne Deane Berman, PhD states, “We ask students to create new art, music, theatrical and creative writing works.  Over the past ten years, we have witnessed that their immersion in such multidisciplinary domains deepens their appreciation of science and the humanities, expanding their perspectives of critical global issues relating to the SDGs.  Through this rigorous Creative Engagement, youth translate their enhanced feelings of connectedness to the planet into positive action as they grow into adults.”

To this end,  DIGIVATIONS XGENS Model UN and 17 UN Sustainable Development Goals Institute ™ & Accelerator and Incubator, XGENS.org, was established building on the foundations of DIGIVATIONS’ global activities and focus. XGENS delegation traveled throughout the world where delegates have served in leadership roles including for Specialized and Crisis Committees, including at the UN’s Palais des Nations in Geneva, Switzerland; UN headquarters located in New York City; Yale University, New Haven; as well as Harvard and Yale MUN conferences online.  XGENS Accelerator and Incubator enables DIGIVATIONS’ global community of thousands of youth, counselors, educators and professional network of leaders in academia, government and industry to create new artistic works advancing critical social policy awareness and raising the world’s consciousness of global challenges,  launching of new enterprises based on new scientific breakthroughs from university researchers
across the globe, and future unicorns centered around exponential technologies including those developed by DIGIVATIONS’ students that will generate revenue to support the UN’s 17 Sustainable Development Goals and 169 targets especially those focused on Enabling Equity and Inclusion; Resolving Food Insecurity Issues; Advancing Healthcare Access and Innovations Enabling a Healthier World; Propelling Positive Climate Solutions and Social Justice; Ensuring a Human Centric Future of Work Framework in an AI World, as well as Rethinking Implementation of Sustainable Environments and Infrastructure; and Democratizing Commercial Space, among other domain topics.

The essence of the INSTITUTE is that we integrate our significant academic, artistic, design thinking, engineering, technology industry and business experience into a fully interactive environment in a manner where Demigods' interests serve as a core foundation. Demigods learn about art, humanities incorporating studies of Ancient Greece, other cultures and mythologies including languages and literature, music, and science and technology domains. The innovation areas encompass Advanced Computing, Artificial Intelligence, Astro-Biology, Astro-Physics, Bioengineering, Chemistry, Commercial Space Exploration, Genetics, Intelligent Infrastructure and Transportation, Quantum Physics, and beyond. These fields are brought to life by utilizing specific literary and interactive media properties which Demigods embrace along with design thinking methodologies.

The common thread of these properties attracts like minded students/campers from throughout the world and ignites their genius and talent inspiring them to collaborate on creating artistic and innovative works ranging from short stories, skits, multi-media works, music and plays; innovations, as well as prototypes.

To facilitate these accomplishments, world class faculty and experts join us and contribute their domain experience and knowledge, along with their expertise in teaching and training children and youth, to these programs and camps. Everyone is the beneficiary of the organization’s devotion to inspiring every student/camper to pursue and realize their dreams and hopes.

DIGIVATIONS INSTITUTE's world-class Directors, Advisors and Faculty each have between 20-30 years of distinguished service and subject matter expertise in their respective fields: creative writing, design thinking, film, humanities (ancient civilizations, anthropology, ethnographics, mythology, languages, among others), innovation, martial arts, music, STEM, and theatre/theatrical combat.   Wisdom Coaches work alongside youth and millennial to provide our campers with ideally some of their life's most enjoyable and enriching experiences.  The wisdom and hands-on knowledge which is imparted by our team underscores the invaluable knowledge which older people continue to contribute to all of us.

The XGENS Young Scholars are immersed in contributing to designing and delivering processes and projects which directly correlate to positively impacting our mission of inspiring the next generation of innovators.  Young Scholars participate in reshaping the organizations' NASA Award Winning curriculum to ensure its relevancy and fluidity resulting in ever more inspiring STEM+ARTS+HUMANITIES+KINESTHETIC programs.  Key to their success, Young Scholars are excellent role models for campers.  During the academic year, they study aeronautical engineering, archeology, architecture, biology, computer science, creative writing, film-making, fine arts, psychology among others, and enjoy basketball, martial arts, sword fighting, soccer, volleyball, and wrestling. Some are content experts in fan fiction, especially Percy Jackson, Harry Potter, the Hobbit and Dr. Who, among others.  Most have a love for theatrical combat and traditional sports.

Located on 320 acres in the heart of New York State's Finger Lakes Region, Hobart and William Smith are independent liberal arts colleges distinctive for providing highly individualized educations. Guided by a curriculum grounded in exploration and rigor, the Colleges prepare students to think critically. In partnership with the Geneva and global communities and through robust programs in career development, study-abroad, service, leadership and athletics, the Colleges foster an environment that values global citizenship, teamwork, ethics, inclusive excellence and cultural competence. 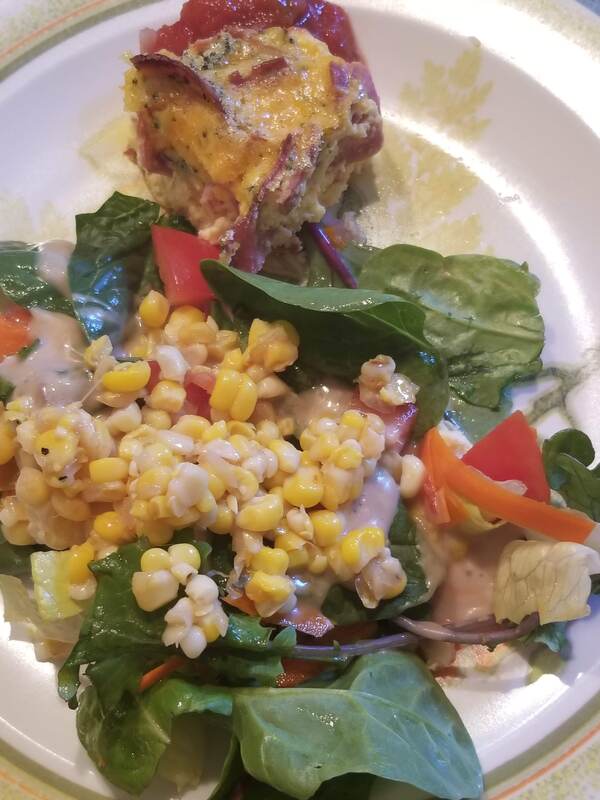 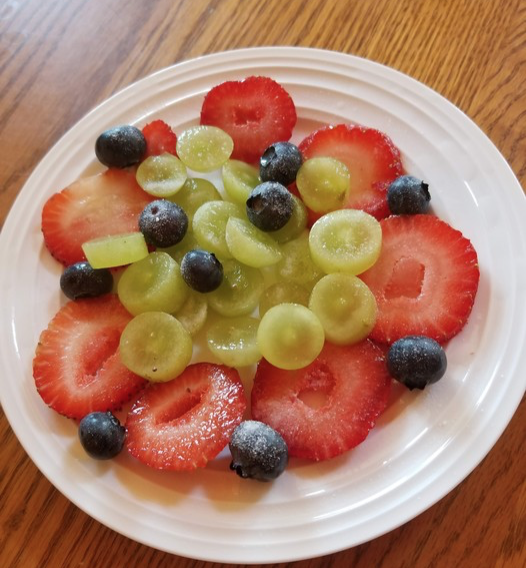 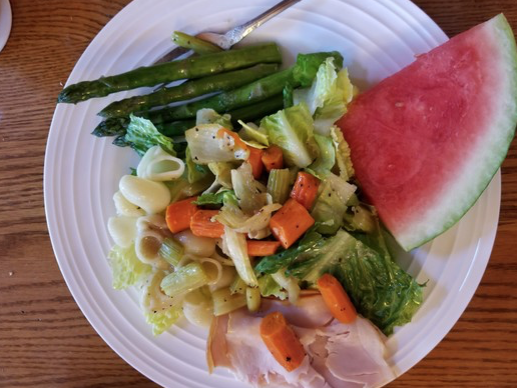